One of Australia’s most recognisable and premium brands Virgin Australia, has announced their partnership with LA based Competition Motorsports for this year’s Liqui Moly Bathurst 12 Hour. 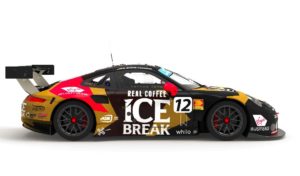 Overall winner of the 2016 24 Hours of Le Mans Marc Lieb, three-time American Le Mans Series driver’s champion Patrick Long and David Calvert-Jones, who will be competing in his 4th Bathurst 12 hour, will combine their experience to tackle the mountain in the Pro/AM class of the event.

LA based Australian driver David Calvert-Jones said he was excited about the prospect of having the support of such innovative and superior international brands for the event in early February.

“Constant innovation is at the heart of everything Virgin Australia does and we see that as a perfect fit for Competition Motorsports and our Bathurst 12 Hour campaign. 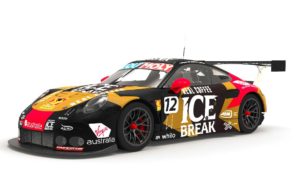 “We are absolutely delighted to welcome Virgin Australia, who alongside leading Australian beverage brand Ice Break Iced Coffee, have complimented the team greatly.”

Virgin Australia has announced they will be chartering a flight on the Sunday of the event for 60 fans to cheer on the team.

The flight departs on 5 February 2017 at 7.30am and will return the same day following the conclusion of the race at 9pm.

Virgin Australia Holidays is offering three travel packages for fans, which include flights and transfers to the famous Mount Panorama racetrack.

*Please find attached a copy of the Competition Motorsports livery competing in the 2017 Liqui-Moly Bathurst 12 Hour for publication.